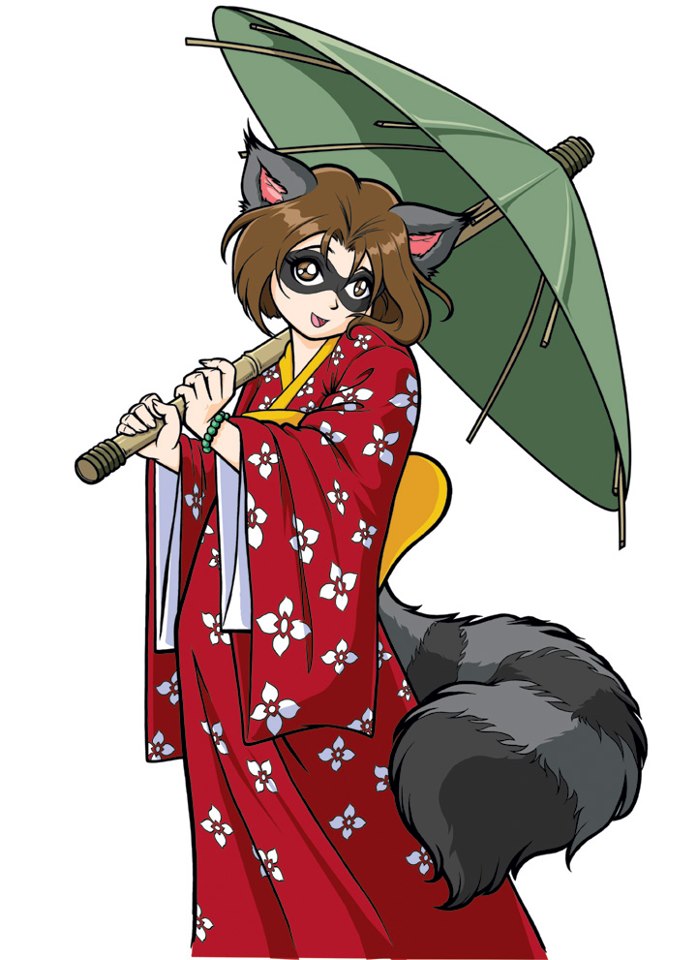 MM
Decent for those instate
This was my first year doing AMA and, with little knowledge about it, wasn't expecting too much. I'm glad I went in with low expectations because this was quite a slog of a con BUT not a failure.

It started off a little rocky, with my table having another artist's name on it (though this was eventually and easily fixed) and Friday being one of the slowest experiences at a con thus far activity wise. The hours were pretty long, 9am to 10pm, (and then there was the option to stay until 2am which is insane and I don't think anyone took that offer) so it made the days pass by very slowly especially with the slow trickle of sales. Yet, by the first night, I had made back all my expenses and then a good sum more by the end of the weekend so I can't complain. My aim was to make some spending money for future cons/trips and I managed just that.

I didn't see much of the con organizers, though the lead of the AA (I think) did stop by to ask how I was doing almost every day. The volunteers that were stationed near my table were nice, though the ones checking for badges were pretty curt and came off unfriendly. No big deal though.

I feel this is a safe con for those who live in the state and/or nearby but I wouldn't promote it to anyone who has to fly in. Norfolk isn't a location where it's willing to just throw money around flippantly so if you consider selling I'd suggest keep your stock low. I'm hoping the layout has all the artists on the same floor next year and that the location doesn't skip around because I did hear somewhat positive things about past years for AMA so I might give it another chance just to see where it goes next year. I'd like to think this was just a bump in the road and hoping for the best.

PS: Had an outlet behind my table and the wifi was free so I was pretty damn content in my little space. I'm sure that helped with my patience towards the con.
June 24, 2017, 2:57 am
Overall
Venue
Staff
Layout
Attendance
Affordability
0
1

AA
Disappointment
Disappointment perfectly sums up AMA this year. This convention has always been a somewhat small to mid size convention that has for the most part been stable and solid. There are a few features which make it seem behind the times (such as a non-electronic registration system), but we always knew what to expect in terms of sales and performance, and those expectations were generally met. However, this year everything changed for the worse.

Miscommunication and the Location:
We registered during the summer, and then in the fall, we by chance noticed the convention venue had changed from Chesapeake to Norfolk. Artists were never notified, and would continue to not be notified right up until the convention. There were artists who didn't find out until they went to the wrong location. There was no excuse for the convention not reaching out to artists to notify them of the move, particularly as they emailed us for information to put in their program book and on their website. No information was given to us prior to con regarding check in procedures or anything. This show has never been great at communication with its artists, so this lack of communication wasn't completely out of the ordinary, but moving locations after having taken money for tables is serious and demands at least an email notification.

This move was problematic to artists as the new location brought a significant increase in costs to do the show. Hotels cost a lot more, and there were now parking costs as well. This puts strain on the bottom line. The rest of the hotel felt cramped and had poor flow for a convention like this. This year the hotel was under renovation, so we're giving a slight pass on the fact that air conditioning was not at its best in some areas. Some areas were perfectly cool, others were a sauna.

The Layout:
When the layout was put on the website, we noticed that the number of Artist Alley tables was doubled from previous years and split between the first and third floors. This both greatly diminished market share and no longer allowed for a concentrated place for attendees to shop the Artist Alley. The long hallway setup was hurtful to artists particularly on the far end because there was no real draw to pull attendees down to those ends, so if you were farther down, you had much less traffic. The hallways were also far too narrow to line both sides with tables, so displays were constantly bumped into and people had difficulty stopping to shop when others were trying to get down the hallway. This isn't an alley with a good flow at all. At the very least, had the alley been half the size and only on one floor that greatly would have improved things.

The Result:
Our numbers reflected between a 50-60% drop in revenues over previous years and after talking to some other artists, repeat vendors also noticed the same. The final totals yielded a minuscule profit compared to the weekend costs and a loss when factoring in time taken for travel and cost of manufacturing goods.
June 20, 2017, 11:00 am
Overall
Venue
Staff
Layout
Attendance
Affordability
0
3
Leave your rating