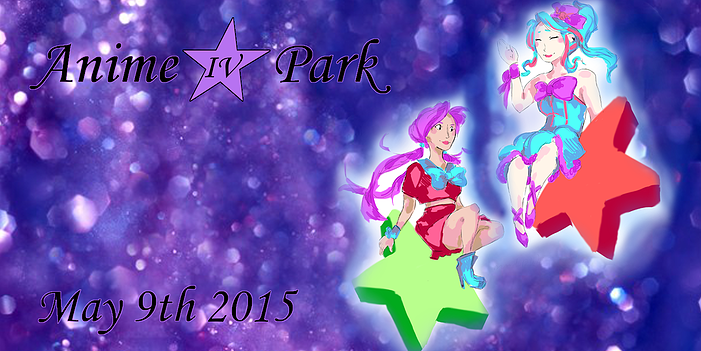 Daphne
Great first year, but there is room for improvement!
First year attending Anime Park, and I was very impressed! Compared to a similar event earlier this year, Anime Park takes the cake. We broke sale records, set-up easily, found the staff pleasing, and came across a great atmosphere. However, there is still a lot of work to be done for a con 6 years in the making.

First off, the staff was indeed very helpful! (I was asked three times if I needed help setting up; some may see this as annoying, but considering the fact that during my last con I was NEVER asked this, I found it very kind) The idea of a cafe you can order to from your booth is excellent! However, the 5-minute wait for someone to show me my table (that was randomly chosen), was a bit of an annoyance, seeing as I had gotten there later than I wanted to. Still, very organized.

The previous reviewer is very correct in terms of the layout--it is a bit odd. The space is amazing, but just not used properly! The artists were /literally/ crammed into a small "alley", when there were tables to spare in the open cafeteria! I would also like to mention that I was labeled as a "Vendor" when I am clearly an artist, who just happens to create 3D works as well. While the staff member doing so said it was "no different", I can't help but feel a little offended. However, that just might be my artist pride talking.

The biggest downside was that the attendance was very low. Not extremely sparse, but could have been better! Anime Park seemed to do a great job with advertising at local conventions (I found out about it at Washi Con), there is NO social media to be found! Please, please, please create a facebook page! Grab some more attendance, and make this a better con! I would have rated lower on the attendance scale, if it hadn't been that I actually earned MORE in funds in comparison to an event 3x larger that was in similar functions! So, at least there was a good run on this part.

All in all, I plan on returning as an artist (and hopefully called one) in 2018, as I know the convention can improve. My last little recommendation to my fellow artists, is to get your entry in early, and also double check on the rates! I heard $20, then $25 before I paid, and now seeing that another supposedly only paid $10 is throwing me off, but I hold a reasonable doubt (this explains my 3 stars for affordability, as I believe that the rate SHOULD be $10, not $25). All in all, good for a small con!
May 11, 2017, 11:40 pm
Overall
Venue
Staff
Layout
Attendance
Affordability
0
0

asdf
¯_(ツ)_/¯
As the tables are only $10 it was quick to break even, but it was a pretty slow day. I suspect that since the 2017 event also coincided with Free Comic Book Day, there wasn't a lot of people. Honestly kind of was irritated that I emailed staff early in the year but got a table at the end of the hall, but oh well. There was a LOT of empty space in the cafeteria area, and honestly all of the artist tables could've been placed in there with walking room to spare.
I might consider doing this again if the layout was improved (MAKE USE OF ALL THAT CAFETERIA SPACE!!).
May 8, 2017, 3:14 pm
Overall
Venue
Staff
Layout
Attendance
Affordability
0
3

Sofija
What happened?
In 2015 this was a very, very good one-day convention. However, 2016 was the complete opposite.

The attendance was high and it was busy all day. in '15,. I actually made more money at this one day convention than I have at some two day ones. It's held at a high school and ran by the students so it was pretty good, all things considered. I don't know what happened this year, though.

There were barely any activities for attendees and I overheard multiple people talking about how bored they were. The artist area was a ghost town most of the day and sales were abysmal, despite having brought more and better stock than last year. The whole day felt like a giant waste of time and energy.

If it wasn't so close and only $10 I would not come back again for 2017, but I might give it one more chance to see if it can recover from whatever was going on this year. I really want it to succeed and sincerely hope that things improve.

The rating I left reflects 2016. If I knew about this website in 2015 I would have left a very positive one.
December 29, 2016, 6:34 pm
Overall
Venue
Staff
Layout
Attendance
Affordability
0
1
Leave your rating