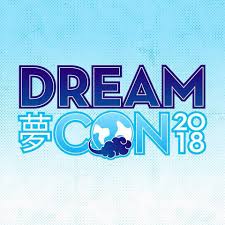 We ended up packing up and leaving in the early afternoon. I am thankful that Waco isn't a long drive from Dallas and that I stayed with a friend while there, so expenses were low, but I barely paid back my gas going and coming. Even if you're local, I say go ahead and avoid this show. You can find a better way to spend your weekend.
April 18, 2019, 4:19 pm
Overall
Venue
Staff
Layout
Attendance
Affordability
0
5

Anne
I can’t even believe it.
Staff has been ignoring my emails for almost 3 months now about a question I had regarding my table cancelation. Was invoiced $100 after canceling due to them requiring a cancelation fee of $100 AND are keeping my $75 table money!!!! SCAM!!!!!
April 6, 2019, 12:45 am
Overall
Venue
Staff
Layout
Attendance
Affordability
0
4

Usagi
More like nightmare con
I have been vending with various artist alleys since 2013 and this was hands down the worst con I have ever "vended" at. Flashy website and Facebook with empty promises unfortunately sold me on this first time convention. The venue was actually very nice but it was immediately apparent we were in for a tough weekend - there were hardly any attendees and no clear signs on the building exterior than an anime convention was even going on! Given those could be summed up as first-time con problems, the worst complaint I had was the overhead music. I've never been to a convention that played music on overhead speakers - it's already plenty loud with attendees, enthusiastic cosplayers, and events! Seasoned con-goers know the sound of a bustling anime convention and it is music to our ears. This, however, was pretty bad. Someone decided it was a good idea to blast rap music (and sometimes with vulgar profanity) on the overhead sound system. It not only drowned out any chance for conversation, it made things uncomfortable for attendees. I had a mom pass my table (one of the FEW customers we had!) with her little kids and looked genuinely confused to be there. To make it even worse, the CEO (?) stopped by my table and asked for feedback, which I politely gave him, and there was no change! We packed up early Saturday and didn't even bother Sunday. I made a grand total of $15 bucks. Oh, there was also wrestling going on in the same room as us, and an impromptu set up of basketball hoops went on approximately 30 feet away from my table. So we got to enjoy loud rap music, violent thumping from the wrestling, and the wonderful sound of basketballs being bounced right by our table 🙂
Skip this con, do not support them because they truly are CONS.
March 1, 2019, 4:38 pm
Overall
Venue
Staff
Layout
Attendance
Affordability
1
10

Claire
Avoid at all costs
The artist alley was a ghost town. No one went in, the attendees only cared about meeting you tubers. I usually make great profit at cons and I made $80 ALL WEEKEND. Packed up early to go home like everyone else while staff was walking by begging people to stay. Never. Again.
February 25, 2019, 9:42 am
Overall
Venue
Staff
Layout
Attendance
Affordability
1
9

Sarah
Horrible
Worst con I’ve ever attended as an artist. As an experienced vendor who usually makes profit, I barely broke even. The staff apologized to the artists about how bad it was and almost everyone packed up early so they could enjoy their weekend instead of sitting at a table not making any profit.
January 8, 2019, 6:38 pm
Overall
Venue
Staff
Layout
Attendance
Affordability
1
9

Solomon
First year was sick!!
2018 was their first year, and it was sensational! I got to meet a ton of youtubers and fellow geeks. Highly recommended!
December 29, 2018, 4:40 pm
Overall
Venue
Staff
Layout
Attendance
Affordability
39
0
Leave your rating