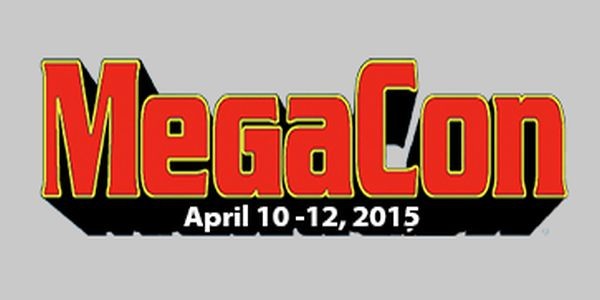 Anonymous
Horrible vendor; steer clear
Watch out for Pandara Polaris in booth 175A at MegaCon 2021. As I was walking by her booth, she recognized me from another local event & called me a slur. Guess she’s still mad I blocked her on Facebook for being a psycho.
August 14, 2021, 11:33 pm
Overall
Venue
Staff
Layout
Attendance
Affordability
2
0

MeT
Bad for artists
This was my first year at this con, I had very high hopes so I had bought 2 artist tables (right at about $600, plus money for the hotel, food and gas). Not only was attendance down a lot from last year (from what I heard 2016 was about 120,000 and 2017 was about 80,000) but the layout was very confusing, there was a real lack of signage. When we got there to set up it took us forever to find our table because they are not marked clearly, they are only marked by chalk numbers on the ground (that get rubbed off as people walk over them) and staff could not be found to help. We ended up getting to spread out to the table next to us (which we found out hadn't be sold), so having the extra space was nice.

By Saturday morning I had only done about 30 sales, artist ally was empty, but the vendor area and the celebrity area were packed. By the end of Sunday I had barely covered my tables, everyone of the artist I talked to said they either barely covered the trip, or barely cover their table. Everyone was spending money on the celebrities. I think there are to many artist/vendors, I understand they want to have a big selection but it gets overwhelming and also it makes it hard for everyone to make back what they put into the show.

Loading out was a whole crazy time, I did like that they made sure attendants where off the floor before even opening the loading dock, good safety choice and helped keep foot traffic down so artist/vendors could get out quick. But they told us we had to wait an extra hour to get into the loading dock, so I went on an adventure to find someone to ask where we could just load out into the parking lot (because the door they had been letting us use was closed) and no one could answer my question, I got told by one staff member that the loading dock was the only option, another told me to use the door we had been using to come in (the one that was closed) and another said that we would have to park in front of the building in the drop off area and walk our stuff up stairs.

In short, staff needs to be more available (I only saw a handful of staff members the whole weekend, that weren't working celebrity tables) and be on the same page, they also need to have info about loading in and out. The prices are crazy for artists, vendors and attendants, it's forcing people to chose between a ticket and buying from artists/vendors. With the ton of cons in the Orlando, you would think they would want to keep admission low to get more people in the door. The only way I would go back is if they lower the prices for artist tables/admission.
May 30, 2017, 10:30 pm
Overall
Venue
Staff
Layout
Attendance
Affordability
0
2

Kelly
Memorial Day Weekend 2016
This used to be a fantastic con, but was sold to new owners who are trying to turn it into Wizard World. The attendance numbers were inflated, and those who did attend were not spending a lot of money in the vendor/artist area because prices of photo ops and autographs were so expensive. Load in times were changed on the day of load in, while vendors were in route with no prior notice. Rules apparently did not apply to favored vendors. Aisles were laid out with random pass thrus to create as many upgrade corner booths as possible, which created havoc with the traffic flow. Booth numbers did not make sense, and the floor map was not accurate, so attendees had a terrible time trying to find specific booths. I tried to communicate with the administration about concerns. I was told that someone would get back with me the following week. No one ever did. One of the volunteers stated that the administration wasn't worried about resolving vendor issues because they would just find new vendors to replace us at higher prices next year.
May 2, 2017, 4:00 pm
Overall
Venue
Staff
Layout
Attendance
Affordability
0
2
Leave your rating