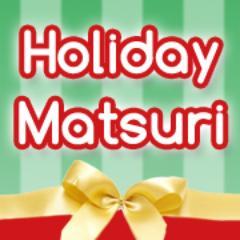 Jennifer
Wonderful staff, but poorly handled crowds.
Holmat has been a long time favorite to attend, so I finally decided to give it a go! Table ran $186 (after tax) + hotel so we had higher costs going in, but the table itself for two tickets was a good price! The con center they have moved to is large, well large enough to accommodate the growing size of Holmat, however a good portion of the bigger rooms were closed off and unused. When inquiring, we were told it was due to renovations, but no such renovations could be found when peeking in. Instead three other events (a military event, a business event, and a wedding) all were set for the same weekend, which I suspect may have had more to do with it.

This was an issue because they had to push registration out into the hall leading to three hour long waits to get pre-registered badges as they could only fit one short table that had four people on cash/card and one person scanning pre-reg people. The person was certainly fast, but you can imagine how that played out on the busier days! It doubly doesn't help because the set up put the panel rooms/game room/etc on one side of the con, registration in the middle creating a giant block of people so it was impossible to get by, and the main events/dealer hall all the way on the opposite side of the con center. And this center is very very long and narrow, so it made getting through a chore, especially when it came to people grouping up for photoshoots! Believe me, we got our walking in that weekend anytime we had to leave!!

And because of the set up, many people did not purchase badges as they could just slip right into panels with no issues. In fact, that part of the con area was super crowded, but the dealers room did not reflect those numbers. Many attendees simply couldn't get badges before the room closed! And any that could seemed irritated by the uncontrolled crowds. This also left a glaring safety concern as they had bag check only the first two hours on Friday then just left it unattended, and no security could be found anywhere outside the dealers/main events area. With a con that has grown exponentially each year, I would expect more preparation as this is not a surprise. A lot of the same issues happened the previous year regarding crowds, but at least registration had a large room all its own with many more staff to help it go faster.

For most attendees, parking was a joke and what had been labeled as free overflow, Hotel Staff took upon themselves to charge people thirty dollars for. The people who paid card were able to get refunded, but anyone who paid cash was out of luck. But, the con center did have a reserved parking area for vendors which was incredibly helpful! The dealers room staff were also all wonderful and very aware of the issues at hand. They made it super easy to check in, and were always around to answer questions and resolve what they could! Special thanks to everyone who made a stressful situation so much better!

As for sales, Friday+Saturday were super slow! We only barely made it over our costs for table+hotel by the end of Saturday! Surprisingly, Sunday was booming and we basically doubled our sales by the days end! If you're a local, I would say this con would benefit you the most, but if you have to travel, its a risk to take for not a huge amount of profit.

Overall, the venue was the source of many problems, but it was clear staff was trying to work around all the issues they were presented with to make a safe and fun event. The sales were not the best for a con with such a high number of people, but Sundays boom brought the otherwise dower mood (from crowding and venue problems) for the weekend back up and rounded out to be a con we'd try again as long as the issues are properly addressed.
March 19, 2019, 4:37 pm
Overall
Venue
Staff
Layout
Attendance
Affordability
0
2
Leave your rating