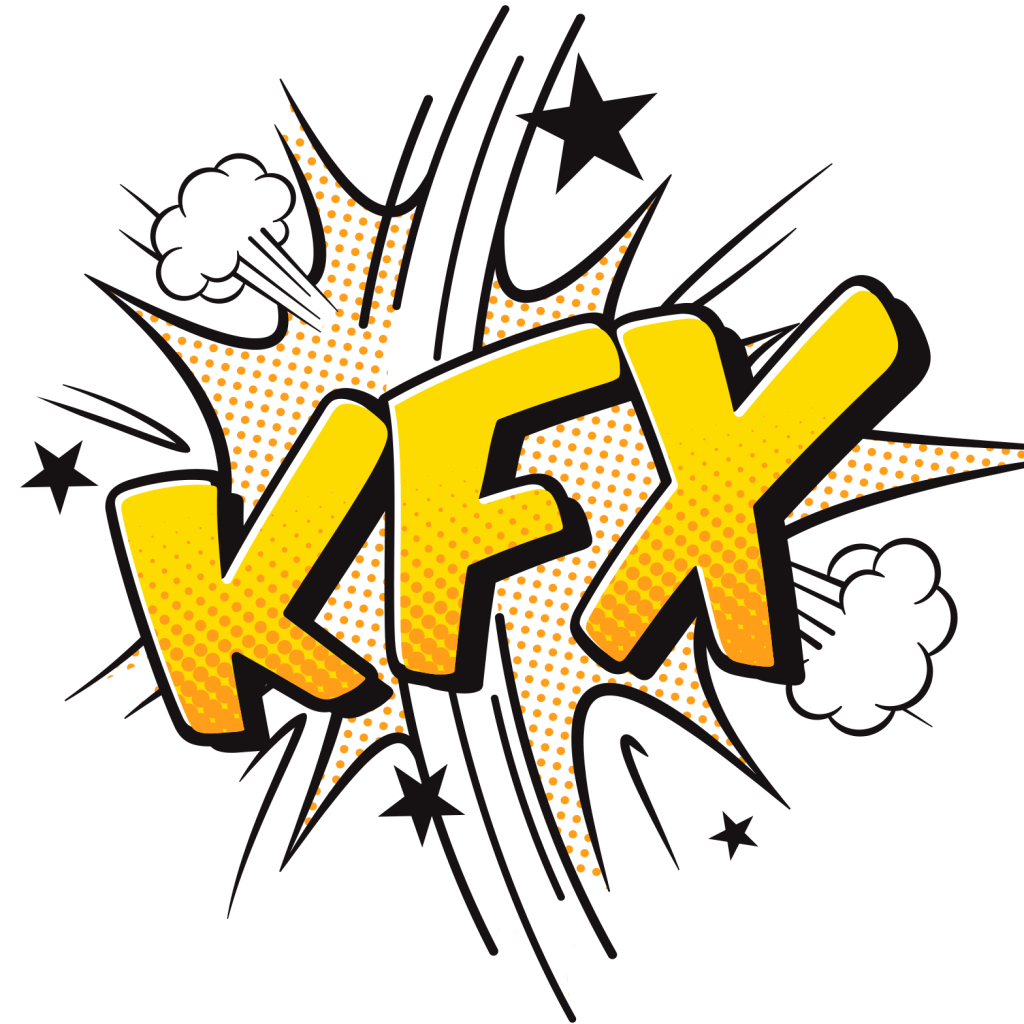 Robyn
Great Small Con
This was my first time tabling at a convention, and it was a really wonderful experience, I hope to be back next year! KFX runs from Friday to Sunday, and while the Saturday is the main day, the other two are optional. Compares to the previous review here, we could set up in the afternoon Friday, or between 8-10 on Saturday morning, which seemed like plenty of time to me.

VENUE-
The convention does take place between various buildings in the cultural district of Kelowna, they're a short walk from each other with easy navigation, but I do think this spreads everything out quite a bit and makes con goers tired. They put Artist Alley in what I would consider the main building however, and so we still had lots of activity.

STAFF -
As this was my first convention I did a lot of double checking and asking questions prior to the con, and they were always quick and nice in getting back to me. When we arrived at the con it was well organised and made setting up a breeze. Spotted many staff through the open hours and towards the end when it quieted down I had some come and check how my experience was. Also helped me load out some stuff. The only thing I'm a bit down about is that I when I asked for clarification on the Friday "sneak peek" all I was told is that its optional, when I made it clear I didn't know what it entailed. Apparently it was a V.I.P period and the other artists made some really good sales. A bit disappointing I missed out on that, but it was probably from my own lack of experience/knowledge.

LAYOUT -
I found the layout worked well for the style of buildings, they had a few entrances and the flow naturally led to the artist hallway that branched off the middle which was nice. We had a good amount of table room and I actually got what I would consider the best spot on the corner, opening from the center to artist alley. Our AA was placed in the buildings gallery, so there was really nice lighting for displaying our art. A drawback of this is they left the pieces up, so we had to be careful with our displays because if they malfunctioned the wrong way, you could wind up endangering someones piece.
What was also unfortunate was that they divided the artist alley into two hallways this year, and many didn't know the South Artist Alley even existed. I discovered it because it was nearby the washrooms. Additionally, only two of the artists of the few planned showed up there, so it was a pretty empty hallway with little draw for buyers.

ATTENDANCE -
I don't have much experience here, but I'll say I wasn't sure if I would make back my costs, but was surprised to have done so and return with profit. There were plenty of people, the AA had people milling about through the day and had a good flow in the afternoon. It slowed down towards the evening while the cosplay contests were happening, but it was a nice break to go and meet the other vendors. Lots of awesome cosplay came through.

AFFORDABILITY -
This is possibly the best part of KFX for AA. A standard table cost about $100, but if you're like myself and sign up early you can get some deals. This also comes with 2 weekend passes, so I was able to bring a friend along to help for no extra charge.

Overall I think the only drawback of this small con is that it's venue is a bit different from what you'd expect. It didn't hinder the experience as much as I worried however, and when I talked to staff it sounds like they're working to improve their flow every year. (This was their 6th year.) Everyone was super nice and in high spirits who came through. A nice thing about a small con like this is that I had people coming back to my table a few times, either to chat or make another purchase. There isn't many cons in the Okanagan and this one kicks off the season, you could see a lot of people exited for this event, and many told me they had attended previous years and would attend the next.

Princess T
Excellent Small Show
KFX staff and attendees are awesome, this is only a 5 or 6 hour show for AA vendors, so that's kind of nice and quick! Unfortunately set up and tear down are also all on this same single day, so that's a bit hectic. All of the different sections of the convention (panels, costume contest, vendors, artist alley) are in separate buildings in downtown Kelowna... which I wish they weren't. The organizers have this idea that the show is sort of a downtown festival, but IMO that doesn't really jive with a convention/show like this. If it was all in one building or facility, I would be able to give the venue and layout a much higher rating. Also would like to see more time available for set up. Definitely worthwhile though, and we had good foot traffic this year, so perhaps it being spread all over downtown isn't such a bad thing.
May 8, 2016, 8:42 pm
Overall
Venue
Staff
Layout
Attendance
Affordability
0
0
Leave your rating